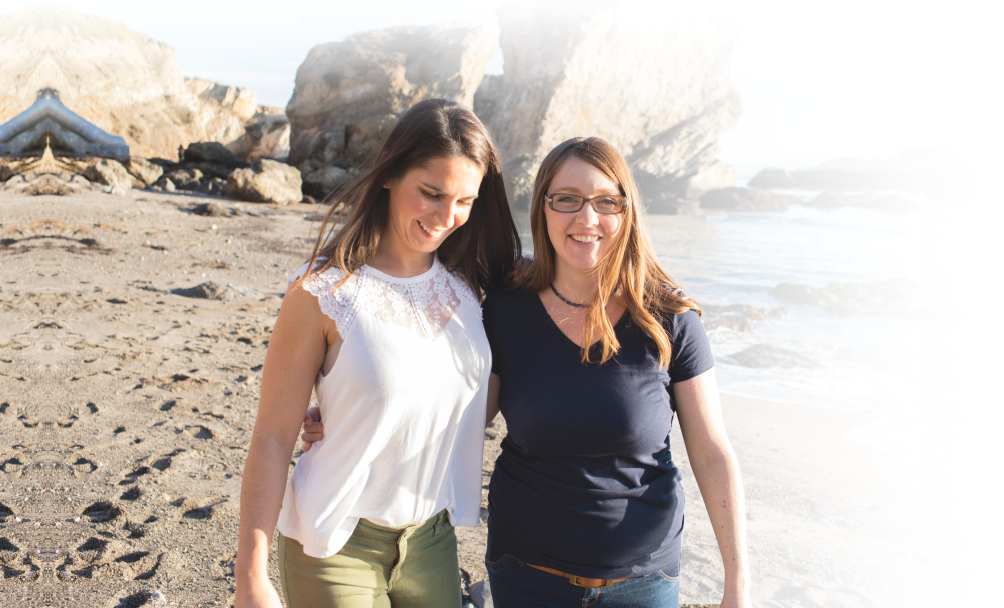 Sophia and Lily jump right in and talk about their inner nerds and how easy it is to fall “down the rabbit hole” when digging in to juicy nutrition research.

First order of business is Folate vs. Folic acid. What’s the difference and what’s the big deal? Well first off, folic acid is synthetic folate. If you’re a nerd like us, you may know that folate comes in many forms in food. Folic acid never comes in food and it can actually block 40-60% of the population from using folic acid! Not only that, it can block you from absorbing the good stuff from your food. NOT ONLY THAT, but the gene mutation that makes this happen is called MTHFR. That stands for methylene tetrahydrofolate reductase… but let it be known it can be a real MTHF**R when it comes to absorbing nutrients.

So… why is folic acid added into food anyway? Short answer… it’s cheap. Food manufacturers and supplement companies don’t want to cough up the dough for the good stuff. Of course, you can avoid it all by simply avoiding refined grains and cereals! Done and done.

Sophia and Lily then debunk crazy nutrition myths in regards to pregnancy and conception nutrition.

Truth #1 – You can’t find the same amount of nutrients in refined grains as you can in whole, let alone in comparison to other whole foods. The #1 indicator of poor nutrient intake is high intake of refined grains. Eating a lot of bread, crackers, and pasta means you’re eating less fish, eggs, berries, and greens. Not to mention the impact that refined foods have on your blood sugar.

Myth #2 – Cereal is a breakfast food

Truth #2 – grains in cereal are primarily carbohydrates. Mixing cereal with milk or yogurt only increases the carb load. Mix in some fruit beyond that and you’re looking at one sitting that consists of ½ the carbs you need for the whole DAY! Physiologically, everyone who eats a meal like this will see a massive blood sugar spike. Research shows that when you start your day with a carb rich breakfast, you will eat more food and have stronger hunger signals for the whole day! Eating a fat and protein rich breakfast does the opposite, even if the fat/protein breakfast has more calories than that of a carb rich breakfast.

Mental health issues can also be abated by eating a protein and fat rich breakfast. It primes your brain to be happier and more balanced all day long! Whereas a carb rich breakfast is greatly associated with higher anxiety and deeper depression all day long. High carb breakfasts also include fruit smoothies! There are fewer things on planet earth that will spike your blood sugar more quickly than liquid fruit on an empty stomach.

If you want to have smoothies on an empty stomach, it needs to have 20+ grams of protein and 10+ grams of fiber while containing less than 20g of carbohydrates. And honestly, a smoothie with that profile doesn’t usually taste that good. Sorry to say but this includes that fancy bag of protein powder from your best friend’s MLM affiliation. Protein powders that taste sweet but are low in carbs contain artificial sweeteners. None of which are tested on fetuses or pregnant women. Though we do know that these sweeteners cause birth defects in mice so… let’s just say no to them for humans too.

Myth #3 – Eating only plants is best

Truth #3 – Listen, we understand all the arguments for and against consumption of animal products. We respect people’s choices. We never argue against people’s ethical and religious objections. However, there are significant nutrient gaps that strict vegan and vegetarianism can create. If you don’t eat animals, nutrients aren’t available in adequate quantities and concentrations to support fertility, pregnancy, and breastfeeding. These nutrients are choline, glycine, vitamin K2, iron, zinc, omega 3, and B12. Even if you eat these nutrients in a veggie-based way, you won’t be able to absorb them. The same goes for vitamin A. Even if you eat lots of beta-carotene, you can end up with deficient vitamin A without eating animals.

Supplements can help, but even great supplements don’t always have the right ratios, forms, and amounts of these nutrients to nourish the baby and the mother well. It’s not the same thing to take algae-based DHA, versus getting it from animal foods. We are just scratching the surface as far as what women need while TTC and pregnant.

Look, there’s a difference between knowing what’s best and choosing to eat plants-only because of your own preferences and eating plants only because you believe a lie that eating animals is bad for you. Nutritionally, it’s just not true that plants alone are best. However, we meet women wherever they are at, without judgement, and help them do what’s best for their lives as a whole.

Listen up though. When we say “plant based”, we are talking about the challenges of a vegan and vegetarian diet in pregnancy. We are not talking about NOT eating plants. We highly recommend that women eat lots and lots of plants! In fact, we recommend that you make your diet MOSTLY plants! We just know, from research, that eating animals and animal products in addition to plenty of plants is the best way to feed your body for fertility and pregnancy. Even though some people have seemingly been ok through a plants-only pregnancy; it’s just not best.

But here’s some good news for ethical vegans! Bivalve shellfish like oysters, clams, and mussels have no central nervous system and therefore do not feel pain. Plus, they are generally very sustainably grown and harvested. Many vegans decide to eat these foods while TTC or pregnant to boost their nutrition.

Truth #4 First off, this is the dumpster fire equivalent of nutritional advice. YOu might expect that eating something that provides no calories or sugar would be superior to something that does contain sugar and calories. However, it turns out our bodies aren’t so easily tricked. When it comes to artificial sweeteners, you actually can still raise your blood sugar in a similar way to as if you were eating/drinking sugar! This is due in part to how our bodies react to strong sweet tastes, and also due to the fact that these sweeteners greatly affect the bacteria in our digestive systems.

Sucralose, or Splenda, is one of the worst offenders on our gut bacteria. Sucralose also really affects thyroid function! Eww! Thyroid function is also really vital to healthy fertility before you get pregnant, and vital to your baby’s brain development after you’ve gotten pregnant.

These sweeteners prime your taste buds and brain to crave more and more sweetness, which makes you in turn want to eat more sugar! We are fans of laying off the sweet flavors and letting your taste buds adjust back to nature.

Gestational diabetes means carbohydrate INTOLERANCE in pregnancy. That means carbohydrate intake needs to be adjusted according to what your body can tolerate. With that said, we don’t have a lot of data on SUPER low diets during pregnancy (less than 40g of carbs per day), but Lily does recommend swapping higher carb foods for more nutrient-dense foods that has a higher nutrient-to-carb ratio. Unlike most health professionals, Lily is not afraid of ketosis or ketones in pregnancy. In fact, in all mammals, pregnant bodies use fatty acids and ketones MORE READILY than carbohydrates as fuel. Though this is a different conversation than we are having here, it’s worth noting that eating low carb is certainly not something to be afraid of.

As dietitians when we put the MOST nutrient dense foods into a woman’s diet we find that she is eating at minimum 70-90g of carbohydrates per day. If you try to pull a daily diet lower than that, you start to cut out healthy foods to get to that point. Plus, we have to use our bodies and brains when planning diets for pregnant women. Meaning, in the beginning of pregnancy women usually have food aversions, taste changes, and appetite variations. It’s really hard to be low carb at the beginning of a pregnancy!

As far as fertility goes, the same rules apply. Limiting your intake of high carbohydrate foods and swapping them out for more nutrient dense foods boosts your ability to make healthy hormones. Swapping out leaner proteins (chicken breast) for the fattier and more nutrient-dense cuts (chicken thighs) can get your body ready to house a healthy baby. However, going through heroics to force down your carb and protein intake in order to induce ketosis has not been shown in research to help fertility or pregnancy. These kinds of diets are not supported by research and they’re largely not sustainable.

Let’s also keep in mind that what a lot of people call “low carb” or even “keto” is simply limiting refined carbohydrates and sugar while focusing on veggies and protein. We are all for diet changes like that! True low carb diets (less than 50g per day) or true ketogenic diets are very different from what your neighbor is describing as she eats a lettuce-wrapped burger with a side of sweet potato.